Jump to content
Currently Supported: 1.17.X (Latest), 1.16.X(LTS), and 1.15.X (LTS/Grace Period)
Some Old installers currently do not work, Use latest for your version
Java 16 and you: How to avoid crashes 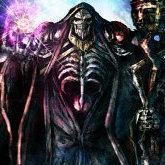