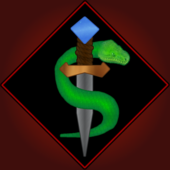 By SerpentDagger,
November 22, 2019 in Modder Support