[1.16.5] Changing the value of an AttributeModifier 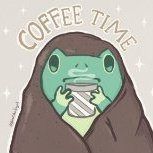 By ImNotJahan,
September 14 in Modder Support