What do the other parameters in setBlock do? 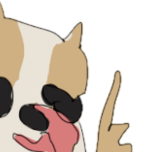 By Turtledove,
April 15 in Modder Support